There’s no doubt about it…the internet is in a constant state of change and the rate of that change seems to be ever increasing. Fueled by companies who compete to get you to use their browser, the internet would be nothing without our favorite user interface…the internet browser. Despite most browsers being developed by such behemoths as Microsoft and Google, nobody seems to stay on top for too long (remember AOL?). With increasing speeds, functionality, ease of use and internet tools and add-ons the competitions is constantly trying to elbow each other out of first place. So who’s in the lead? Let’s take a look at some data collected by the internet’s governing body…the World Wide Web Consortium (W3C 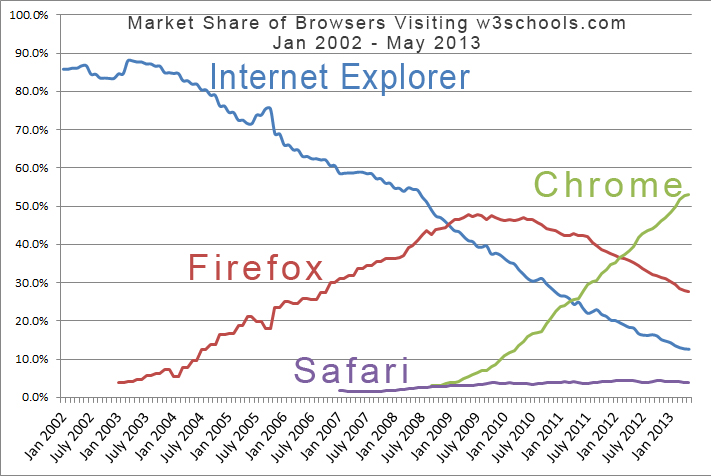 While this is only the result of visits to a particular site, it is still very useful in determining some internet trends. The values of the market share differ from StatCounter‘s values however the trends are very similar. Keep in mind when comparing the two graphs that the W3C graph above is from 2002-2013 and StatCounter’s graph below is from 2008-2013. StatCounter’s stats are also global so IE usage will be higher than the US usage and Firefox usage will be lower than the US. 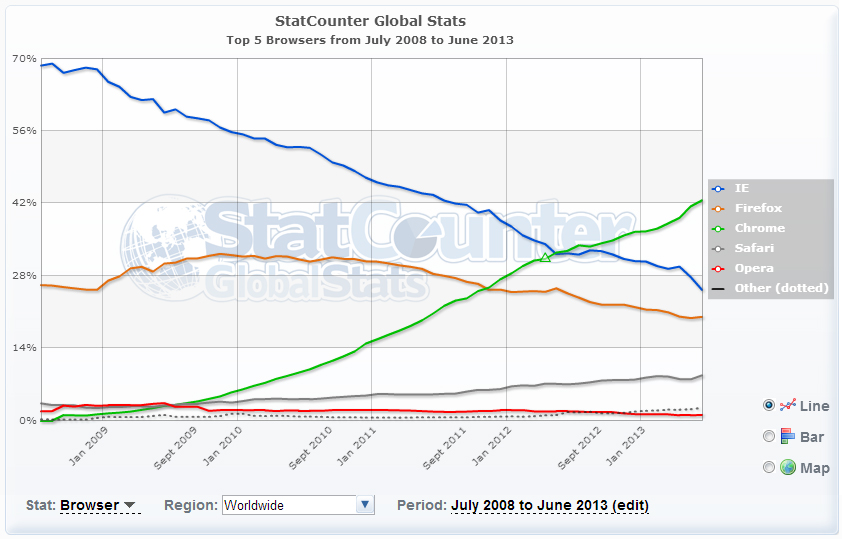 These time-series plots are great at showing trends but this pie chart clearly shows who’s leading the pack today: 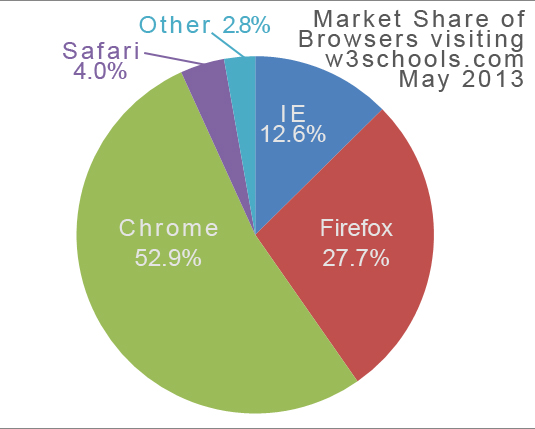 There you have it…Chrome is the most popular web browser today and it’s no surprise. With blazing speeds and full integration into the suite of Google products like Gmail and Google Search, Google Chrome has proven itself to be a worthy adversary of anyone who dares to compete over the internet.

Google Chrome is poised to become the next Internet Explorer…as far as market share goes. Everyone knows the only use for IE today is to download another browser.

Mobile browser traffic has also been ramping up over the last couple of years. Here are some of the leaders today: 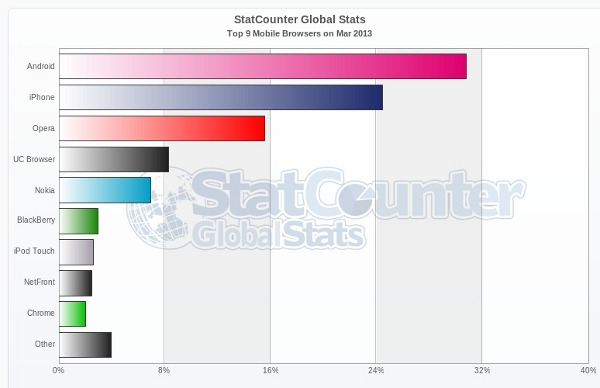